Web3 for beginners – a new realm with endless possibilities 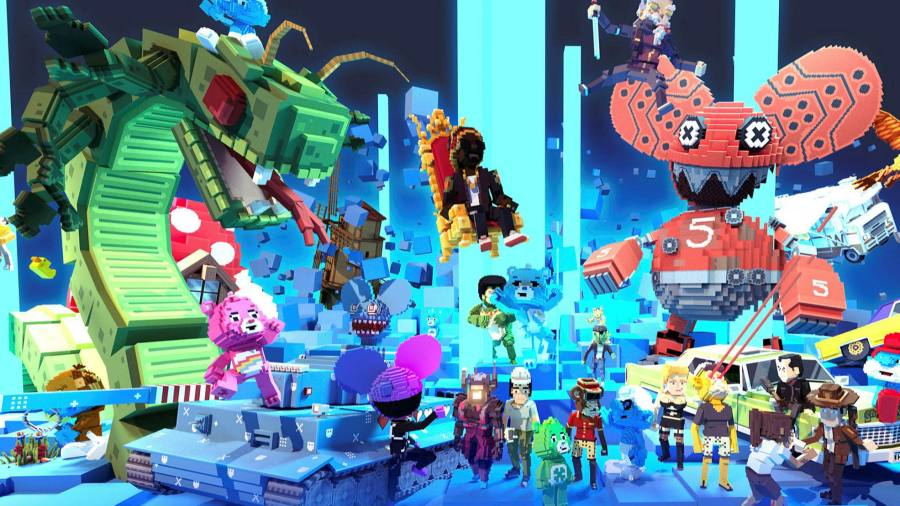 Web3 – or the new Internet – is approaching the mainstream. This new version of the web is based on blockchain technology, which is based on the concept of decentralization and allows for greater transparency. Blockchain supports digital assets such as cryptocurrencies and non-fungible tokens (NFTs).

The art, fashion, gaming and financial worlds are already exploring the potential of this new world. From Starbucks plans to launch NFTs for coffee drinkers to gain access to “experiences” to Gucci auctioning off an NFT to raise money for Unicef ​​USA.

However, the complexity of the space and lack of technical know-how to create tokens has been a barrier to participation – many people just don’t know where to start. I’m a late adopter but I’m intrigued and decided I have a lot more to learn.

A friend of mine told me about a community she was part of called the Astro Girls Society. With a collection of 3,888 painted “Astro Girl” NFTs, it is an initiative to bring women into Web3 and is the perfect place to learn from other NFT owners. Of course, the first condition to join was the purchase of an Astro Girl NFT, which I did through the OpenSea NFT marketplace.

As a member, I have access to study sessions. More importantly, the artists who design the NFTs receive a portion of the proceeds from their sales. But choosing an NFT is like choosing art — you don’t know if the value will increase, so buy something you really like and that gives you access to a community you value. Once I found the NFT I wanted (“Peaceful Saturn”, with purple hair and covered in stars), I bought it using MetaMask, a cryptocurrency wallet. I was then accepted into the Astro Girls Discord channel – an online group meeting place. And so the learning began.

The game world’s transition to web3 is probably the easiest to understand for beginners. Founded in 2012, Sandbox is a gaming metaverse where players can create, own, and monetize their games. Sand, a utility token based on blockchain technology called Ethereum, is used for transactions and interactions.

For those struggling with the concept of owning real estate in the metaverse, Sandbox helps put it in context. You must own digital land to build digital assets. Having experience with the Roblox or Minecraft online gaming platforms is akin to being responsible for creating a patch of the game for others to experience.

Web3 is also changing the approach to recruitment. TechTree, a job board, has built an online community for developers, encouraging them to recommend the best developers for jobs, using “bounties” as a reward. For anyone fed up with recruiters pocketing commissions or referring friends for jobs and not getting rewarded, this is a solution. The platform gives you a feeling of being in the “metaverse” and rewards can either be redeemed or donated to a charity.

But the intersection of Web3 and finance is one that could really accelerate positive change, reduce inequality and increase economic inclusion. For example in Africa “the potential and importance of DeFi [decentralised finance] cannot be understated,” says Yele Bademosi, the co-founder of Nestcoin, a Nigerian start-up focused on making cryptocurrencies accessible.

People in hard-to-reach communities don’t have access to bank accounts and other financial services, but Bademosi adds that anyone with an internet connection and a smartphone can access stablecoins and savings accounts. Stablecoins are less volatile cryptocurrencies tied to an asset or fiat currency.

However, there are also disadvantages. Some blockchains use algorithms that require enormous computing power and are therefore energy-intensive. Although the blockchain is considered highly secure, it is not impenetrable. The high-profile hacks include more than $300 million worth of ether, another cryptocurrency stolen from Wormhole, a bridge that facilitates the movement of crypto from one blockchain to another.

These concerns should not be taken lightly, but the opportunity to redistribute power and expand access to finance and even employment opportunities is exciting.