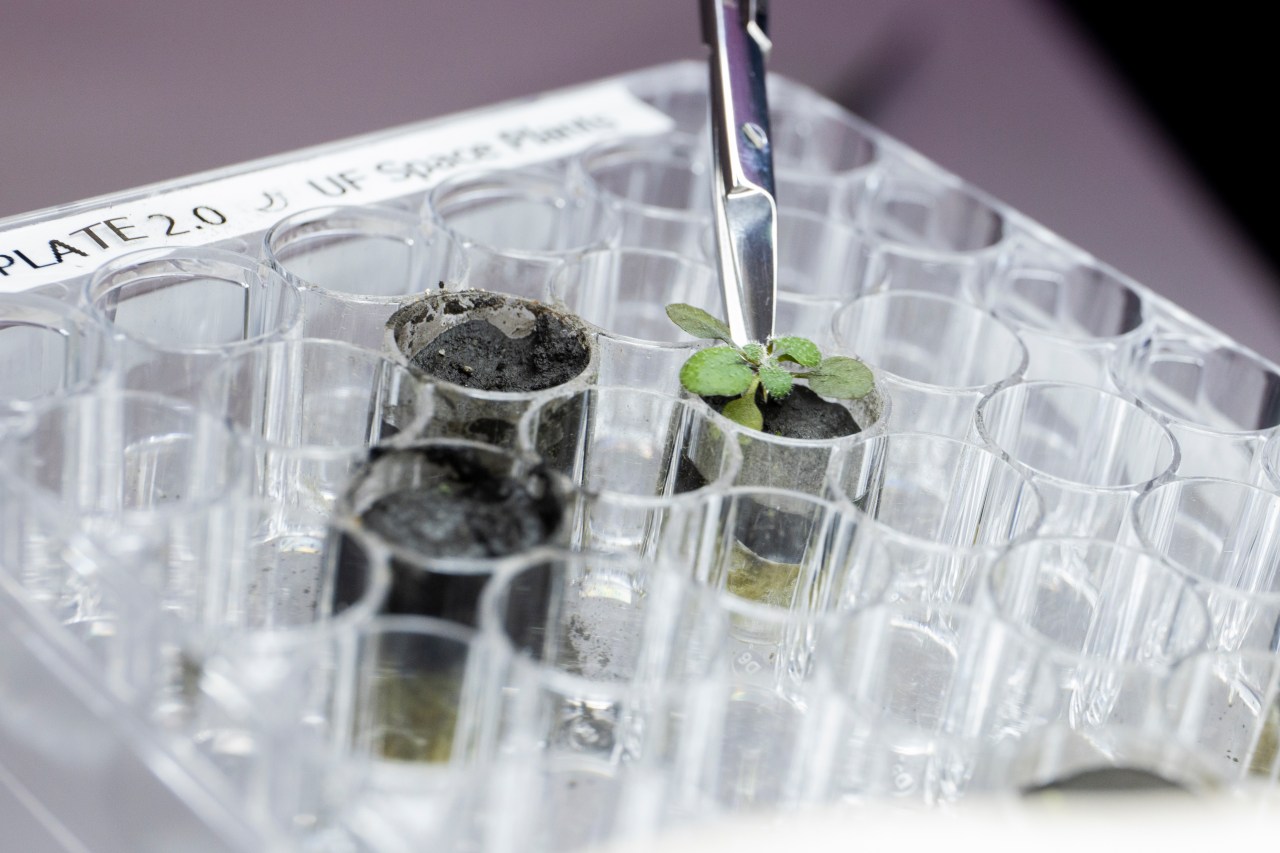 history at a glance

For the first time ever, scientists have succeeded in growing plants in soil from the moon.

University of Florida researchers planted seeds of the Arabidopsis plant — commonly known as thale cress — in a few teaspoons of lunar soil collected during the Apollo 11, 12, and 17 missions in the late 1960s and early 1970s.

After about a week of watering and feeding, the seeds grew in and out of soil, or lunar regolith, according to an article detailing the experiment, published Thursday in the scientific journal Communications Biology.

The researchers were “over the moon” with the successful growth of the plant, which represents an important milestone in lunar and space exploration. The achievement brings scientists one step closer to potentially growing crops for food or oxygen on the moon.

America is changing faster than ever! Add Changing America to yours Facebook or Twitter Feed to stay up to date.

The experiment has been years in the making and was only made possible by the fact that NASA’s Artemis program is preparing to return humans to the moon by 2025. The experiment’s two principal investigators, Anna-Lisa Paul and Robert Ferl, applied to use lunar soil four times over 11 years before approval to use NASA loans was granted.

Seeds of the Arabidopsis plant were used for the experiment, as scientists have fully deciphered their genetic code – making it easier to fully study the effect of lunar regolith on the plant.

Some of the plants in the lunar soil grew smaller, slower, and varied in size more drastically than those in the control group, and there was also a difference in plant growth depending on which Apollo site the seeds were planted.

The soils collected by the Apollo 11, 12, and 17 missions have varying degrees of “maturity,” Paul explained, or how long they’ve been exposed to the lunar surface and cosmic winds, which can alter the soil’s physical and chemical properties.

“It gets sharper, the particles get smaller and [they] act as obstacles and challenges to root growth and hinder their ability to take up nutrients,” Paul told Changing America.

While Sharmila Bhattacharya, a senior scientist at NASA, called the results of the experiment “exciting,” she stressed that there is still work to be done, as the seeds planted in the regolith did not grow as well as those in simulated or terrestrial soil. Some next steps for the researchers, Bhattacharya said, could be to optimize growth and test other plant species to see how well they grow in lunar soil.

But the growth of Arabidopsis seeds in Monderde is a first of its kind and dates back to what got many explorers growing up in the Apollo era interested in science in the first place.

“You have to remember that we watched these specimens being collected as children… we watched them on TV as little kids, so to be a part of that legacy, even if it’s just a small part, is extraordinary.” is,” said Paul. Ferl too can remember how, as a child, the Apollo missions inspired him to pursue a career in science.

“First of all, the ability to work with lunar samples is really quite large and it pulls at what got us into science in the first place,” Ferl said. “And to think that through our work we can support the exploration agenda by understanding how we might live and work on the moon feels like a huge contribution. It feels like we’re making a difference.”

IN A BREAKTHROUGH, RESEARCHERS RECOGNIZE CANCER CELLS BY THEIR ACIDITY