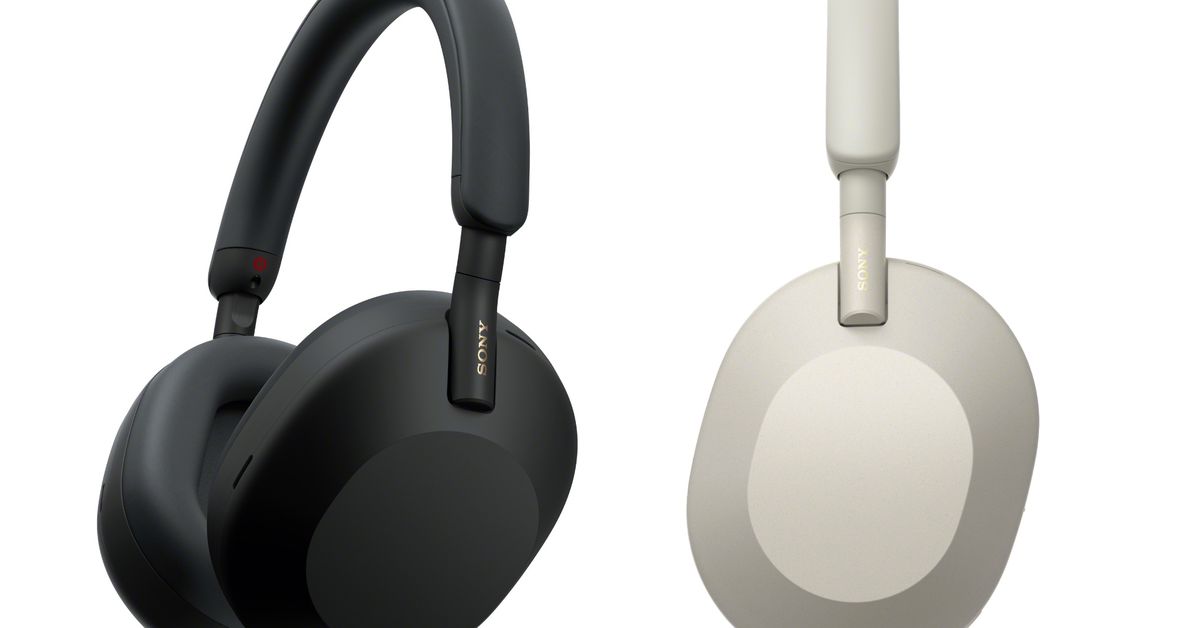 It’s no surprise after the recent leaks, but today Sony announced its latest flagship noise-cancelling headphones, the WH-1000XM5. They cost $399.99, an increase over the previous 1000XM4, and will go on sale on May 20th.

Sony says it’s taken its already fantastic noise-cancelling to new heights by adding a second processor to the new headphones. According to the company’s press release, the improvements are most noticeable in “mid to high frequency noise.” This includes things like everyday city street noise and human voices.

The 1000XM5 have a design that is quite different from their recent predecessors. Sony has gone for a slimmer look, switched to a stem-style slider and moved the mics (there’s now eight of them) around the perimeter of the auricles. The 1000XM5 also use a new type of synthetic leather on the headband, which is slightly thinner than previous models. The controls haven’t changed: you still control audio with tap and swipe gestures, and there’s a physical button to toggle between ANC and ambient modes.

The internal components have also changed. Sony has ditched the 1000XM4s’ 40mm drivers in favor of new 30mm drivers that are said to sound more natural and “improve sound clarity and bass response”. One of the criticisms of the 1000XM4s was their sometimes muddy bass, so Sony seems to have worked to address that with the new model.

Sony also highlights the improved voice call quality made possible by four beamforming microphones and AI noise reduction algorithms. All of Sony’s signature features – LDAC, DSEE Extreme Upscaling, 360 Reality Audio, Speak to Chat and so on – have found their way into the 1000XM5.

These headphones don’t really do anything New compared to the WH-1000XM4s, which Sony intends to continue selling. But the company seems confident that it will outperform the 1000X series headphones on key things like sound quality, noise-cancellation and voice calls.

Is that true? Well, I’ve been reviewing the 1000XM5s for the past few weeks, and you can read the full review now before deciding if it’s time to upgrade.