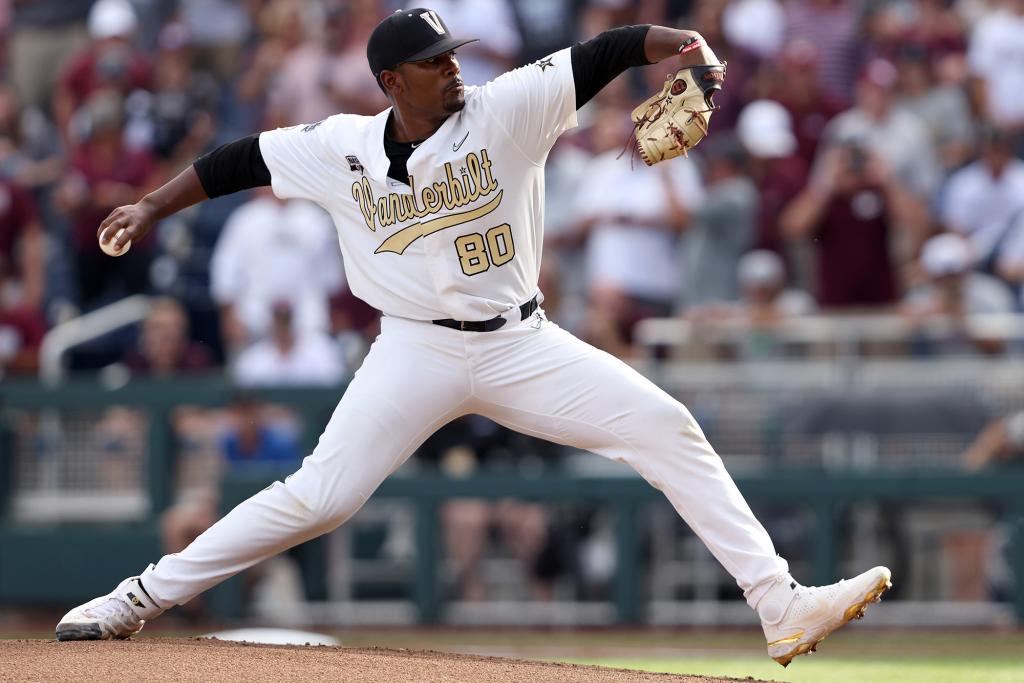 Kumar Rocker’s next step has been revealed.

The former Mets first-round pick joins the independent Frontier League, where he will serve for the Tri-City Valleycats of Troy, New York. Jon Heyman of the Post reported Friday.

Rocker, a right-hander from Vanderbilt, was picked 10th overall by the Mets in last year’s draft. The two parties were unable to come to an agreement last summer amid concerns over Rocker’s elbow and the 22-year-old not being signed.

Rocker did not return to the Commodores and will now have the opportunity to demonstrate his skills again. He will qualify for the 2022 MLB Draft, which begins in July.

The Mets and rockers reportedly had an agreement for a $6 million signing bonus on draft day. The Mets apparently had concerns about Rocker’s health following a physical. Rockers agent Scott Boras said in a statement at the time that the player was “healthy.”

“Right after completing his college season, he had an MRI on his shoulder and elbow. Compared to his 2018 MRIs, the medical experts found no significant change. Kumar does not require any medical attention and will continue to attend the regular course as he prepares to start his professional career,” Boras said.

Boras said in November that Rocker “looks great,” adding, “[He’s] throwing great and we think there will be someone very lucky and someone very unlucky as things play out for Kumar Rocker.

The Mets, meanwhile, get an equalizing additional pick for Rockers after the 10th pick in this year’s draft.