How NASA Ingenuity Will Survive The Harsh Martian Winter 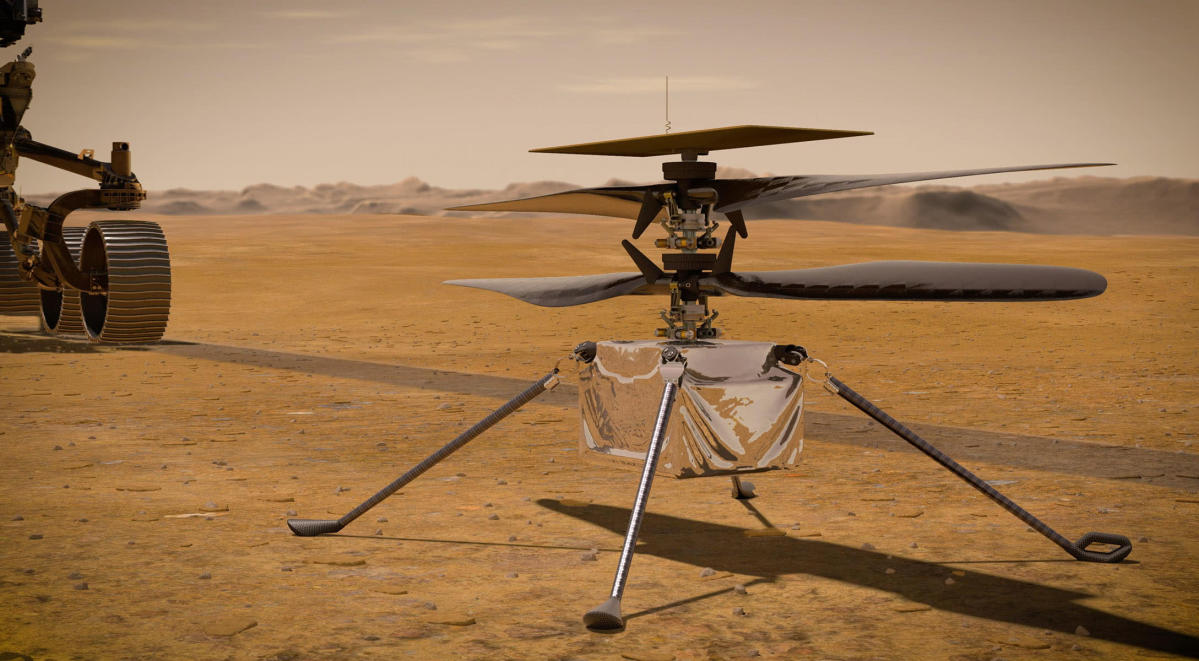 If you purchase an independently reviewed product or service through a link on our site, BGR may receive an affiliate commission.

Winter is coming, at least on the red planet. And part of preparing for this tumultuous time on Mars is preparing the Ingenuity helicopter for the freezing temperatures. After briefly losing contact with the Martian helicopter, NASA has devised a new plan to help it survive the Martian winter.

NASA lost communications with the Ingenuity helicopter last week. However, the space agency managed to reconnect to the Perseverance rover after the brief interruption. It was the first time that Ingenuity and Perseverance did not communicate since the pair landed in February 2021, NASA says.

Ingenuity is essentially a partner to the rover Perseverance. It is also the first powered aircraft to operate on another world. Because it works so closely with Perseverance, it communicates with the rover on a daily basis to exchange data. However, on May 3, the helicopter missed this daily check-in.

Luckily it came through. But as the Martian winter deepens, NASA expects temperatures to drop even more. In addition, the amount of dust in the atmosphere will most likely also thicken. Therefore, the agency is taking some new measures to reduce problems that the Ingenuity helicopter might encounter.

How NASA is preparing for the Martian winter

But that doesn’t mean NASA has to do without it. And the space agency doesn’t intend to do that either. In fact, it has already developed some new ways to ensure the Ingenuity helicopter survives the increasing dust storms and lower temperatures.

NASA sent new commands to the Ingenuity helicopter that should allow it to conserve power. Part of this process involved lowering the temperature at which the helicopter begins powering its heaters. Now instead of powering it at 5 degrees Fahrenheit, it will wait until -40 degrees Fahrenheit. This should help the battery hold its charge overnight.

Of course, there are concerns that these new settings could compromise the Ingenuity helicopter’s internal components. Unfortunately, the team won’t know until the winter weather sets in.

“Our top priority is to maintain communications with Ingenuity over the next few sols, but even then we know there will be significant challenges ahead,” said Teddy Tzanetos of NASA’s Jet Propulsion Laboratory in Southern California, Ingenuity team leader an announcement by NASA.

See the original version of this article on BGR.com