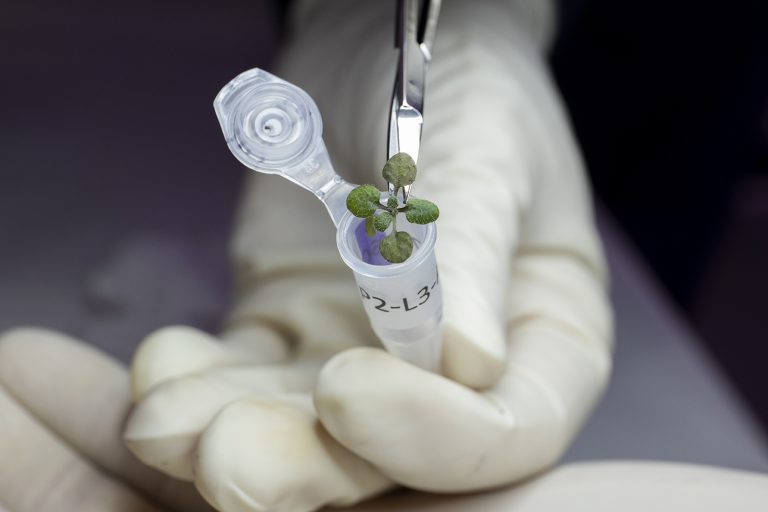 University of Florida scientists have a world (and lunar) first from the . The researchers used samples obtained from missions , 12 and 17, but they didn’t have much to work with.

While a total of 842 pounds (382 kilograms) of soil and rock were returned to Earth from the moon, NASA researchers only received 12 grams of what is known as “lunar regolith.” Still, that was more than the four grams they were asking for. Scientists Rob Ferl and Anna-Lisa Paul also had to wait to get their hands on the soil – they applied three times over 11 years for the samples.

The team used thimble-sized wells in plastic plates typically used for cell culture as pots. The scientists put one gram of soil into each of these, added a nutrient solution and then placed a few thale cress (Arabidopsis thaliana) seed. They planted the seeds in other soil types, including simulated Martian soil, soil from extreme environments, and a substance that mimics lunar soil, as part of a control group.

The scientists in the journal communication biology, found that differences in the composition of lunar soil samples appeared to have influenced plant growth. They found that the cress that struggled the most grew in so-called mature lunar soil, which is more exposed to cosmic winds.

Especially as Notes, Samples from Apollo 11 were considered the least effective for growing crops. These were mined from the older surface of the Sea of ​​Tranquility that had been exposed to the environment a few billion years longer. Researchers wrote that “further characterization and optimization would be required before regolith can be considered a routine in situ resource, particularly in locations where the regolith is very mature.”

Still, the experiment’s success paves the way for the possibility of growing crops on the moon for food and oxygen before NASA brings humans back to the lunar surface for the first time since 1972. “Artemis needs to better understand how to grow plants in space,” said Ferl, one of the paper’s authors and distinguished professor of horticultural science at the UF Institute of Food and Agricultural Sciences.