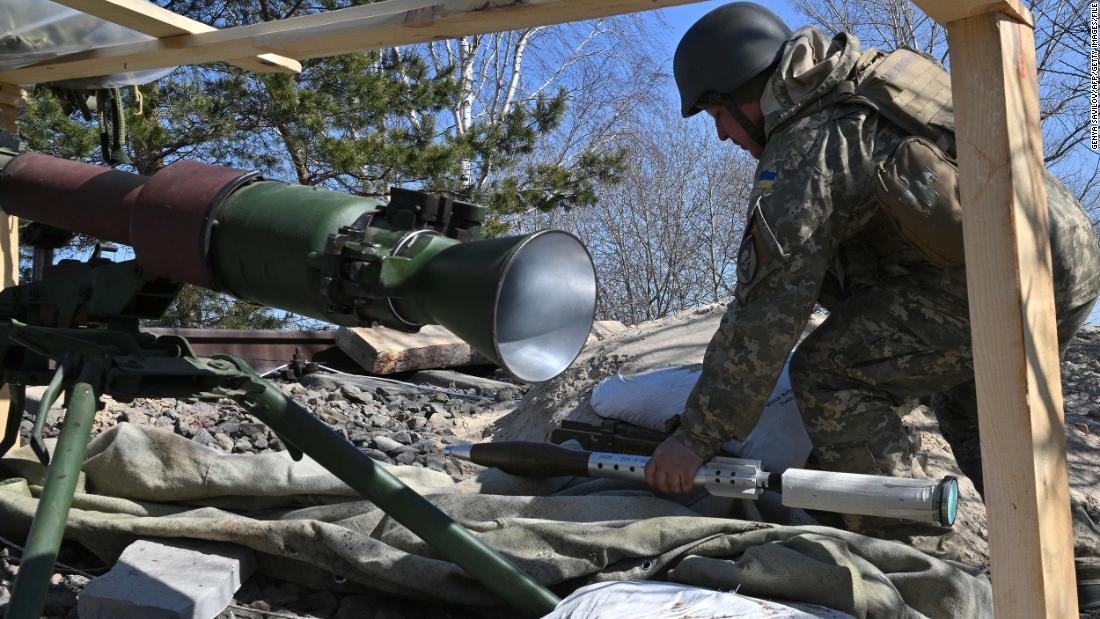 CNN has learned that a smaller intelligence agency within the State Department has made a more detailed assessment of the Ukrainian military’s ability to resist Russia. But while that assessment was shared within the US government, it did not override predictions from the broader intelligence community.

“I think we missed an important issue that had a significant impact on how this played out. And had we had a better grip on the prediction, we could have done more earlier to help Ukrainians,” Sen. Angus King, a Maine independent, said during a tense exchange with a top defense intelligence official at a public hearing on Tuesday .

Taken together, the review and the Capitol Hill push suggest widespread acknowledgment within the US government that intelligence agencies need to reevaluate how they judge the strength of other nations’ militaries — and underscore the high stakes when officials miss the target.

“In this case, where you’re making an assessment, more or less in the present, of something that turned out to be quite dramatically wrong, that’s good reason to do a serious autopsy,” said Greg Treverton, a former chairman of the National Intelligence Council under President Barack Obama.

In Ukraine, officials by and large believe that intelligence agencies have placed too much weight on Russia’s conventional military advantages and failed to take into account how important Ukraine’s will to fight would be to the conflict.

A senior State Department official told CNN that one tool driving the department’s high level of confidence in a Ukrainian resistance campaign is basic public opinion polling: Analysts reviewed a steady stream of public polls, particularly from eastern Ukraine, in the fall of 2021 and into 2022, showing an increase showed anti-Russian sentiment, the official said, and a growing Ukrainian willingness to engage in armed combat.

Other intelligence services, on the other hand, had largely focused on how dramatically Ukraine had been outgunned at the hands of the Russian military. On paper, Russia had an overwhelming advantage in terms of weapons, equipment and manpower.

No one, it seems, foresaw how poorly Russia would conduct its first campaign. Although the State Department’s intelligence service is more optimistic about Ukraine’s effectiveness, it also overestimated Russia’s military capabilities, the official said. Lt. Gen. Scott Berrier of Defense Intelligence said during Tuesday’s public hearing that the two-month-old conflict is now “in a state of stalemate.”

The intelligence services were widely praised for the accuracy of their insight into Russian planning leading up to the invasion. But his ability to predict the unknowable — in this case, how the war would turn out once Russian and Ukrainian troops began fighting — has historically been patchy. So-called “fighting will” is one of the most difficult intangibles for intelligence agencies to predict, former officials say, and it has failed time and time again: in Vietnam, in Iraq, and now in Afghanistan and Ukraine.

The intelligence review, which precedes the Senate committee letter, uses Ukraine and Afghanistan as case studies to try to better understand what indicators officials should be using to predict how successful a foreign military will be when faced with enemy fire is confronted.

“I would say it’s a combination of fighting spirit and capacity,” Director of National Intelligence Avril Haines said during Tuesday’s public hearing. “The two are problems that are … quite difficult to provide an effective analysis, and we are exploring various methods of doing so.”

How they got it wrong

Intelligence officials have defended their work leading up to the war in Ukraine, arguing that the majority of their predictions were correct and that the assessment that the Ukrainian military would collapse and Kyiv would fall to Russia within days was justified by the information the United States then had available – primarily data on the amount of manpower and equipment both militaries possessed and years of studying Russian military doctrine.

Russia surprised many US officials by seemingly ignoring its own military doctrine and marching on Kyiv in a massive column without first softening the city with overwhelming airstrikes. It was an unpredictable opening move that senior intelligence officials have publicly attributed in part to a delusion by Russia that it would be treated as a liberator by the local populace.

Berrier, the head of defense intelligence, told lawmakers that because the Russians had massively outperformed the Ukrainians early in the conflict, “it was the thought of senior analysts that it wasn’t going to go very well for a variety of reasons. But there was never an intelligence assessment that said the Ukrainians lacked the will to fight.

“Yeah, but there wasn’t a review they did either,” King snapped back. “The assessment was that Ukraine would be overrun in a few weeks. That was grossly wrong.”

The State Department’s more optimistic assessment of Ukraine’s capabilities is shared by the US government, the senior official said. And despite its relative obscurity and size compared to the CIA, DIA, and other better-known intelligence agencies, the Bureau of Intelligence and Research often outweighs its weight in interagency discussions, current and former officials say.

“They get attention because they’re good and they tend to be opposites, which is also a good thing,” Treverton said. “Often they are contrary and right.”

But just because an administration is presented with a particular assessment doesn’t mean it will act on it.

In the case of Afghanistan, some intelligence estimates had indicated that the US-backed government in Kabul would be able to hold out against the Taliban for at least a year, long enough for the US to complete its withdrawal and evacuation. But assessments within the intelligence community varied, with even some Public Ministry of Defense reports suggesting that the US-backed Afghan military was unlikely to hold together for long in the face of a Taliban attack, and it quickly became clear that the Biden government was turning had relied on false assessments of combat effectiveness. After the Taliban took over Kabul, President Joe Biden attributed the defeat in part to the collapse of the Afghan military – “sometimes without trying to fight”.

The administration had vowed to pull the United States out of Afghanistan, and it’s not clear whether a better assessment of the Afghan army’s combat capability would have prompted the Biden administration to make dramatically different policy decisions. But some critics on Capitol Hill and elsewhere have argued that better predictions of how quickly the Taliban would overrun the US-backed Afghan military would have allowed the government to plan for a less chaotic eventual departure. In reality, US audiences were shocked by images of desperate Afghans hanging on the outside of departing C-17 planes and the deaths of 13 US soldiers in an ISIS suicide bombing at the airport.

Current and former intelligence officials concede that simply looking at military “capabilities” misses the inherently human factors that may prove crucial. Assessing a population’s will to fight is an art, not a science, that defies purely data-driven analysis, the senior State Department official said. But, the official said, it’s a key element in determining how successful a military will be in a battle.

“That’s important when it comes to assessing resistance.”

The State Department official said the department is well-placed to analyze the “fighting spirit” given its inherent emphasis on cultural and historical context.

The combative exchanges between King and Berrier hinted at a deep-rooted concern among lawmakers that US intelligence is lacking in these key human indicators.

“All I’m saying is that the intelligence community needs to be able to do a better job on this matter,” King said.

“I think the intelligence community has done a great job on this, Senator. We’ll—” Berrier replied.

King interrupted him in a raised voice.

“General, how can you say that Kyiv would fall in three days and Ukraine in two weeks when we were specifically told?