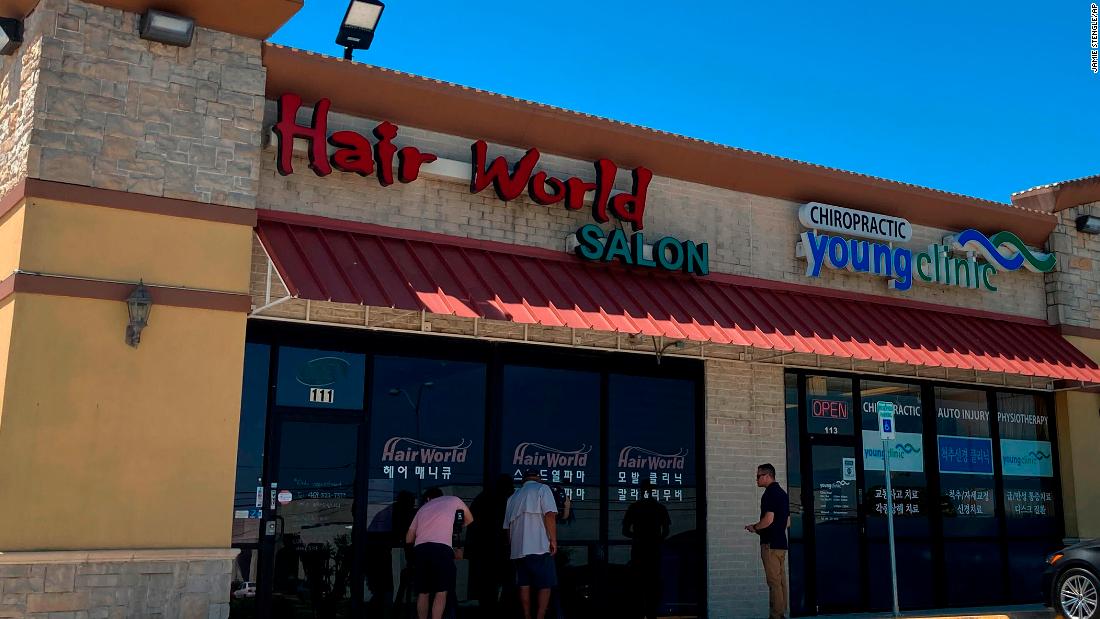 The latest shooting took place at a Korean hair salon on Wednesday, police said. At the time, authorities said a suspect ran into the store, yelled something and started shooting. Three women suffered life-threatening injuries.

“At this point in the investigation, we had no evidence that this crime was motivated by hate. That has changed since this afternoon,” said the boss on Friday.

After reviewing two other incidents, police now believe there is a link, partly because of the suspect’s vehicle, the chief said.

In Wednesday’s shooting, a witness described the suspect running back to a red, older minivan and speeding away, police said.

A day earlier, a suspect drove by in a maroon van or car and shot at an Asian-run store, police said. Three people were inside the building but were not injured.

And about a month before those incidents, on April 2, a vehicle in a red minivan drove past a mall with Asian stores, police said.

The Dallas police have reached out to partners, including the FBI, to alert them to their findings “out of caution” and have also reached out to other Texas authorities to see if there may have been other similar incidents , Garcia said on Friday .

“To protect our community, we will deploy camera trailers in certain areas and each patrol station has been advised to increase visibility patrols in our Asian community areas,” Garcia said. “Most importantly, we reach out to every resident of the city of Dallas to keep our eyes open and protect our city. Hatred has no place here.”

Authorities are also asking for the community’s help in identifying the suspect.

So far, Dallas police have described the suspect in Wednesday’s shooting as “a black male, approximately 5’7″ to 5’10”, with a thin build, curly, medium-length hair and a wispy beard.

“We need to take this person into custody,” the chief said. “We need the help of our community.”