A rumored roadmap of AMD’s next-gen EPYC server CPUs and platform has been released by AdoredTV. The roadmap lists upcoming server CPUs Genoa, Bergamo, Genoa-X and Turin, as well as a new platform called SP6.

We can’t confirm the validity of the roadmap slides, so treat this post as a rumor, but most of the details have also been previously reported by other leakers, so it’s worth sharing. First up is the EPYC Server CPU roadmap for 2021-2023. The roadmap not only lists EPYC server chips, but also the specific platforms they target. AMD recently released its latest SP3 platform chips, the EPYC 7003X “Milan-X”, based on the Zen 3 core architecture with 3D V-Cache. 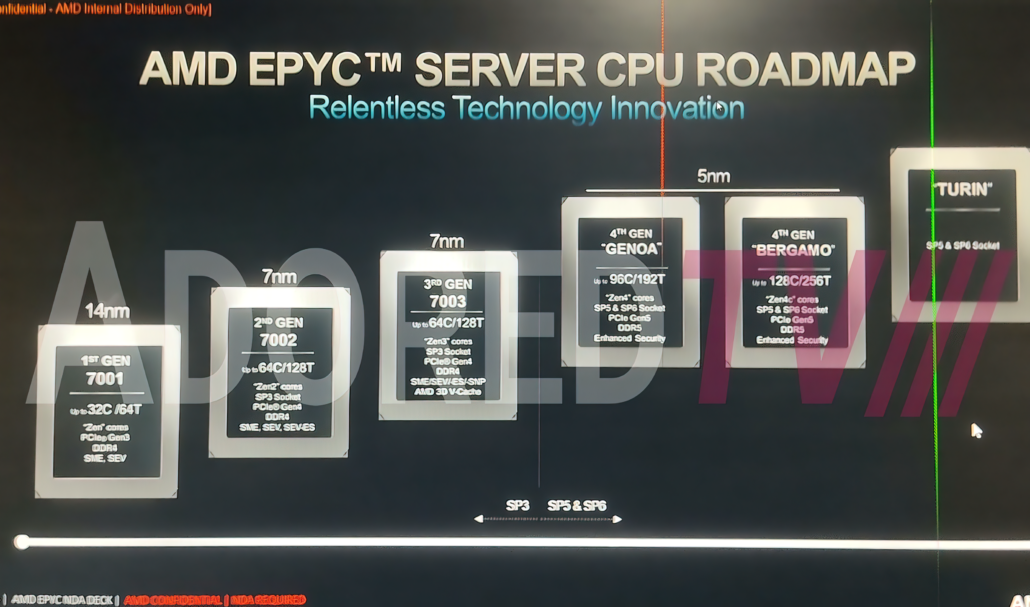 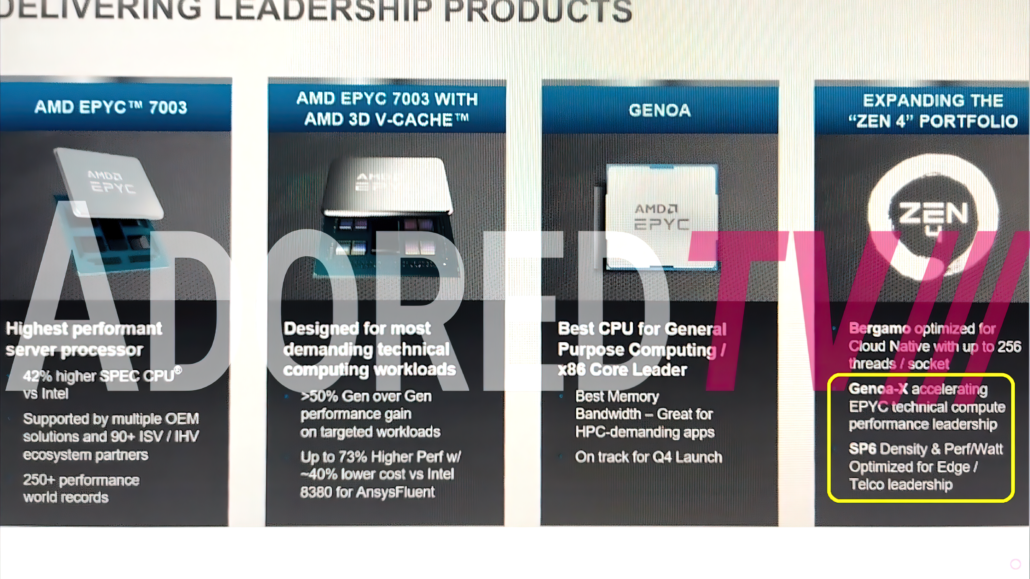 The same roadmap also mentions Genoa-X, something that was also mentioned by Moore’s Law is Dead in his video yesterday. The Genoa X CPUs are expected to go into production in late Q3 / early Q1 2023 and launch around mid-2023. They will feature a similar design methodology to the Milan-X chips with 3D V-Cache as “Large L3” is a prominent feature of the lineup. So, in total, SP5 will have three EPYC families.

What is SP6? A cost-optimized version of SP5 for edge servers

At the same time, AMD is expected to introduce a new platform called SP6, which will be a more TCO-optimized offering for low-end servers. It will be a 1P solution offering 6-channel memory, 96 PCIe Gen 5.0 lanes, 48 ​​lanes for CXL V1.1+ and 8 PCIe Gen 3.0 lanes. The platform will feature Zen 4 EPYC CPUs, but only the entry-level solutions with up to 32 Zen 4 and up to 64 Zen 4C cores. Their TDPs range from 70 to 225W, so it looks like the SP6 platform is designed to support the entry-level variants of EPYC Genoa, Bergamo and even Torino CPUs. It will focus on density and performance/watt optimizations for leadership in the edge/telecom segment. 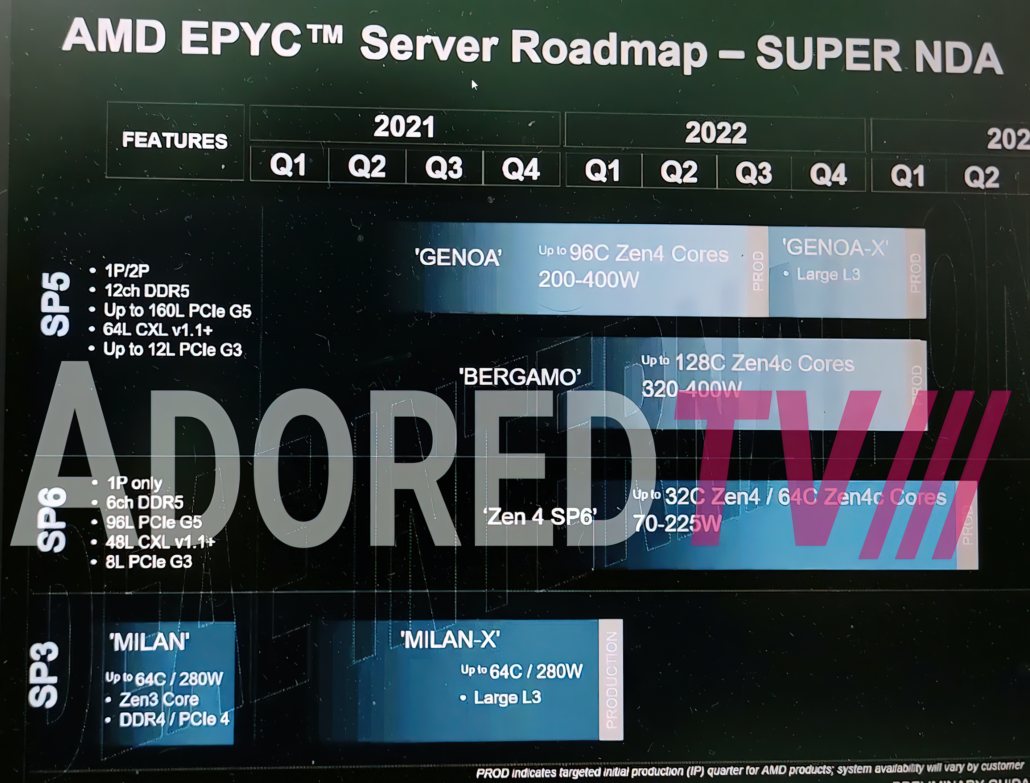 Discovered in documentation by @olrak (via Anandtech Forums) it looks like the SP6 socket is very similar to the existing SP3 socket, so the packaging layout of the SP6 chips will also be similar compared to existing EPYC CPUs. They will not use the full 12-die layout like Bergamo does, but will stick to an 8-die layout like the existing pieces. While the socket looks the same, the internal pin layout has changed to LGA 4844 vs LGA 4096 (on SP3 sockets). Other measurements are the same at 58.5 x 75.4.

Most of these products are expected to be launched in the second half of 2022 and the first half of 2024. We can expect an official announcement of the new roadmap by AMD soon and a possible reveal during the Computex 2022 event, which is scheduled in a couple of weeks time.