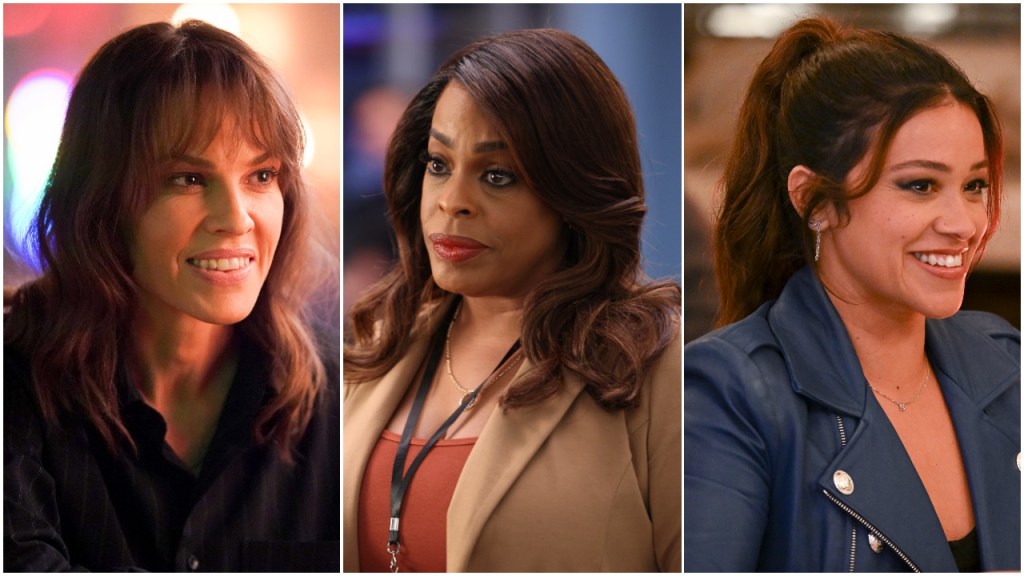 The Disney-owned network has picked up on the Hilary Swank drama Alaska (fka Alaska Daily News), The beginner spin off That Beginner: federal agencies and comedy Not dead yet to series.

It comes on a busy day for the network ahead of its upfront presentation next week; it renewed big sky for a third season, a million Little thingsfor a fifth season and comedies The Connersfor season five, housekeepingfor season three and The wonder Yearsa second season as well as a host of unscripted renewals.

Alaskawho received a pilot assignment in September, Swank stars as Eileen Fitzgerald, a recently disgraced reporter who leaves her high-profile New York life behind to join a Metro daily in Anchorage on a journey to both to find personal and professional salvation.

It comes from headlight and still water Director Tom McCarthy and is produced by 20th Television.

McCarthy, who wrote and directed the pilot, and Swank as executive producer alongside Melissa Wells, Bert Salke and Kyle Hopkins and Ryan Binkley of Anchorage Daily News.

As we have indicated The beginner The spin-off also blows up. The series known as The Beginner: Federal Agencies, Stars Niecy Nash-Betts as Simone Clark, the oldest freshman at the FBI Academy.

It was introduced as a two-part event in the show’s fourth season, where Officer John Nolan (Nathan Fillion) and the LA branch of the FBI enlist the help of Simone Clark when one of her former students is a suspect in a terrorism attack.

Entertainment One (eOne) is the lead studio and will distribute internationally. It is a co-production with ABC Signature.

The network has finally picked up comedy Not dead yet.

Out of The Real O’Neals Creators David Windsor and Casey Johnson, series stars Gina Rodriguez. Based on Alexandra Potter’s Confessions of a 40 Year Old F**k Up, it sees the Jane the maiden Star plays Nell Stevens, a broke and newly single self-described disaster who is working to resume the life and career she left behind 10 years ago. When she gets the only job she can find — writing obituaries — Nell begins getting life advice from an unlikely source.

This is us Alum Windsor and Johnson, who landed a pilot deal in February, created and produced alongside Wonderland Sound and Vision’s Rodriguez, McG, Mary Viola and Corey Marsh.

The couple wrote the pilot, which was directed by Dean Holland. It comes from 20th TV.