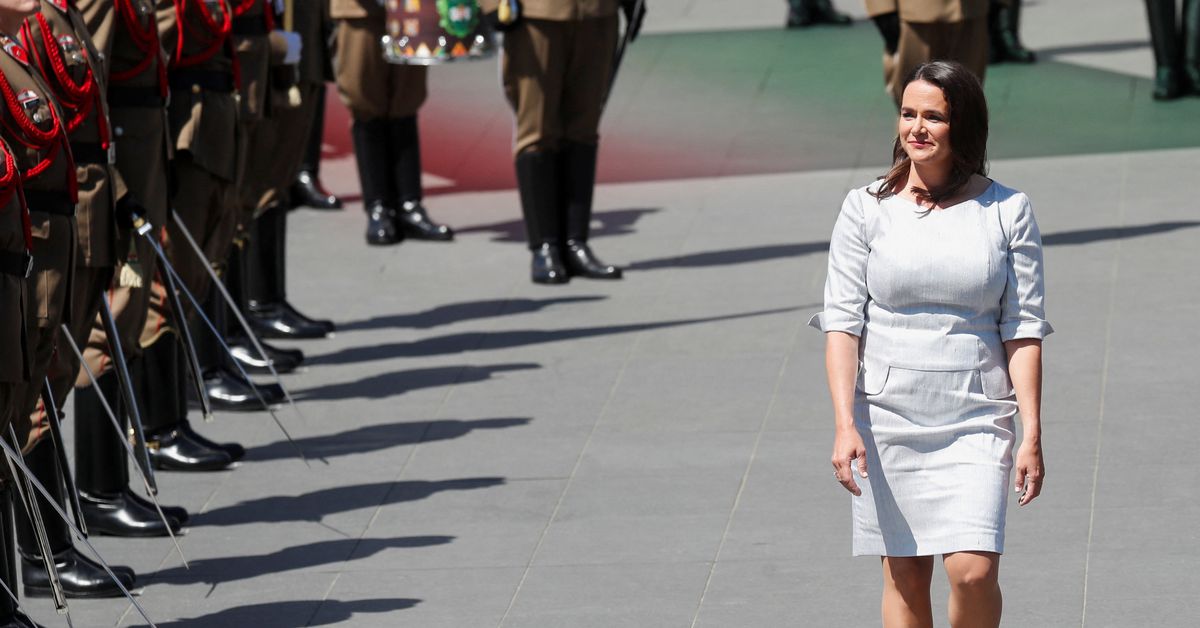 BUDAPEST, May 14 (Reuters) – Hungary’s President Katalin Novak condemned Russia’s invasion of Ukraine at her inauguration ceremony on Saturday and said her first trip would take her to Poland in an apparent gesture to improve ties with Warsaw.

Hungary’s refusal to send arms shipments to neighboring Ukraine and its opposition to a proposed European Union embargo on Russian oil imports have strained ties between Budapest and Warsaw, whose two nationalist governments have long been allies in the EU.

Novak, a former Fidesz lawmaker and Prime Minister Viktor Orban’s ally, was elected to the largely ceremonial post of president in March, just before Orban won another landslide victory in April 3 elections.

“On Tuesday, May 17, I will travel to Warsaw to meet the President of the Polish People. Mr President, dear Andrzej (Duda), thank you for the opportunity, as befits friends!” Novak said in her inauguration speech.

“We condemn Putin’s aggression, the armed invasion of a sovereign state. We forever say no to all efforts aimed at restoring the Soviet Union,” she added.

She said the war in Ukraine was also “waged against us peace-loving Hungarians,” adding that Hungary demands investigation and punishment of war crimes.

Dependence on Russian oil in Bulgaria, the Czech Republic, Hungary and Slovakia poses the main obstacle to an embargo deal the European Commission, the EU executive, signed in early May in response to Russia’s February 24 invasion of Ukraine had suggested.

Reporting by Krisztina Than; Editing by Christina Fincher