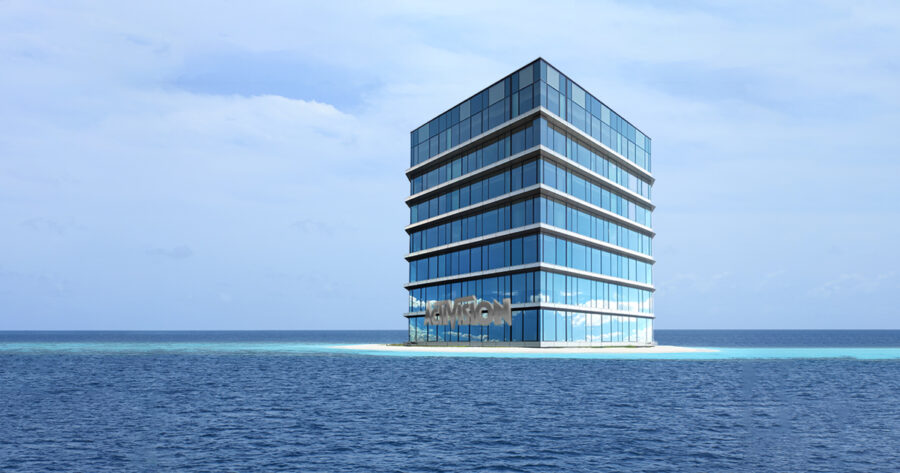 INTERNATIONAL WATERS — Tech giant Microsoft announced that it has relocated its headquarters to the heart of international waters following its colossal acquisition of Activision Blizzard.

“We understand and acknowledge that Activision-Blizzard has had some controversies, and we want to rectify that immediately,” said Microsoft CEO Satya Nadella. “With their new office upgrade, everything they allegedly did is now perfectly legal. Ethics is very important to us, so we wanted to ensure that Activision-Blizzard would thrive in an environment that they feel comfortable in, especially a lawless territory where corrupt and sinister behavior is the order of the day. In fact, if the expansion goes as planned, we hope to open another Activision Blizzard office in Iraq.”

“I only like supporting good companies, so I’m really glad that Microsoft is taking clear steps to ensure that the behavior of Activision and Blizzard isn’t technically illegal,” said customer Kenny Ballinger. “I was horrified by the horribly toxic Activision-Blizzard workplace, but as long as I can’t physically see it, I can just pretend it doesn’t exist. Also, we might actually get some quality of life updates for their games if they aren’t constantly bogged down by court cases and harassment processes.”

While Activision-Blizzard employees were initially surprised, many are beginning to turn to the new workplace.

“I was concerned, but when I saw my four-girl signing bonus, I changed my mind,” said Blizzard executive Michael Stone. “We’re all paid strictly in maiden and beer, which we used to have to bring from home at the last office. However, it is not all advantages. I’m still in the clouding phase where I have to go to work sober for the first two weeks.”

As of press time, Activision-Blizzard sources said they also wanted to address some controversy by changing Bobby Kotec’s name to Cassidy.