Northwest Dallas saloon shooting may have been a hate crime, police chief says 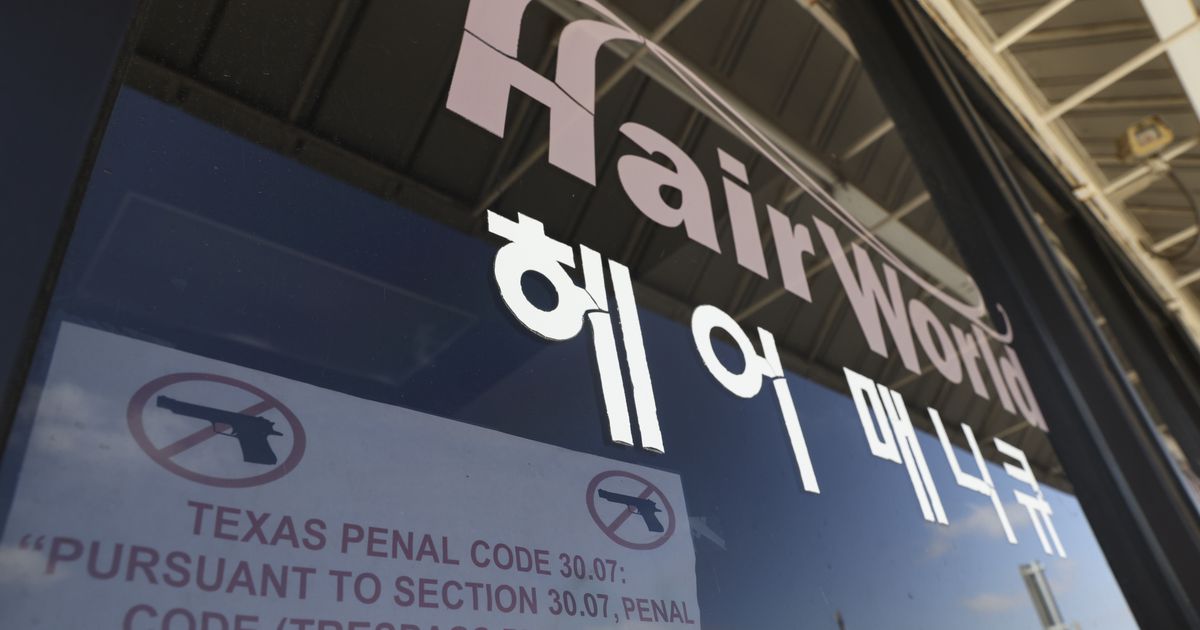 Police Chief Eddie García said Friday that a shooting that injured three Korean women at a hair salon in northwest Dallas could have been a hate crime — a day after he said police had ruled out hate as a factor.

A man fired multiple shots at Hair World Salon on the 2200 block of Royal Lane on Wednesday before fleeing in a red minivan. Three salon employees were hit and taken to hospital with non-life-threatening injuries. A customer was inside and was unharmed.

At a press conference at police headquarters, García said the shooting could be linked to at least two other crimes targeting the city’s Asian community.

The first took place on April 2, also on the 2200 block of Royal Lane, off Interstate 35E, where shots were fired at three Asian companies but no one was injured. Witnesses reported that the driver fled in a red minivan.

And on Tuesday, a man believed to be driving a maroon-colored van shot and killed an Asian-owned store at the 4800 block of Sunnyvale Street near East Ledbetter Drive in east Oak Cliff. Three people were inside but were unharmed, police said.

García said Thursday that authorities had done their due diligence and that police “can say with confidence that hatred was not a motivating factor” in Wednesday’s shooting. But on Friday, the chief said the department’s stance had changed due to the “ongoing investigation and a rigorous review of officers’ reports by the department’s crime analysis unit.”

“As a precaution,” García said, he has reached out to agencies including the FBI, the North Texas Joint Terrorism Taskforce and other local departments to determine if other crimes in their areas of jurisdiction may be related.

The department has also been in contact with local Asian community and business leaders, the Texoma Office of the Anti-Defamation League and Dallas Mayor Eric Johnson’s Advisory Council on Hate Crimes.

In a written statement, Johnson said it was “terrifying and deeply disturbing” to know the shooting could have been a hate crime.

“I want our city’s Asian American community — which has been terrifyingly faced with rising levels of vitriol in recent years — to know that the city of Dallas and the people of Dallas have their backs,” the mayor said.

“We are relieved that all three victims are safe and recovering, but this type of attack is making our entire community feel unsafe,” Trieu said.

Charles Park, a North Texas Korean-American activist, said he believes Dallas police realized it was too early to dismiss the shooting as a hate crime.

“It’s going to be a long road to solving this problem, but I think it’s a step in the right direction,” he said.

“If this is a hate crime, we’re really worried about security because there are a lot of Korean shops on Royal Lane,” Kim said. “They want to be safe and secure.”

Going forward, García said the department will use surveillance camera tags and increased patrols in certain areas that have been or may be attacked.

Police described the shooter in Wednesday’s shooting as 5-7 to 5-10, with a thin build, curly medium-length hair and a beard. He was dressed all in black, police said.

The police chief said authorities are sharing information about the possible motive for the shooting in hopes it will spark enough action to lead to an arrest.

“We are reaching out to every citizen in the city of Dallas to keep our eyes open and protect our city,” he said. “Hate has no place here. … If you see anything, let me know.”