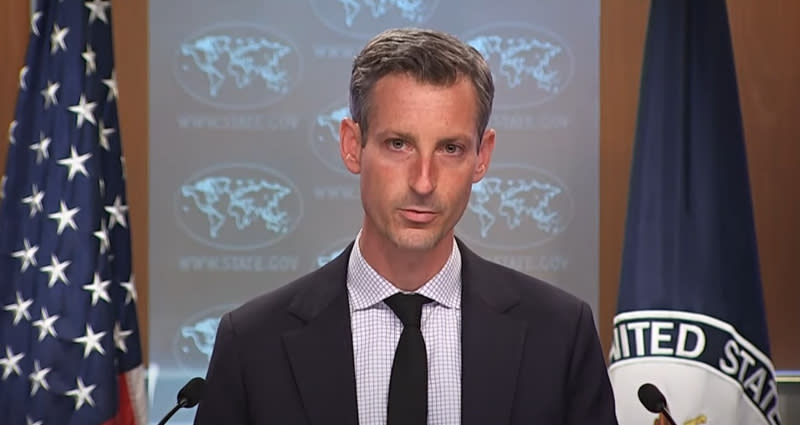 After a State Department fact sheet was amended to protect Taiwan’s “best interests,” US officials have claimed that Washington is upholding the “one China” policy and therefore does not support the island’s independence.

The fact sheet changewhich Beijing appears to have angered, removed an acknowledgment of “the Chinese position that there is only one China and Taiwan is part of China” and a statement saying the US “does not support Taiwan independence”.

in one press conference On Tuesday, State Department spokesman Ned Price said the fact sheet had not been updated in years. “I think the most important thing for us is to ensure that our relationships around the world are accurately reflected in our factsheets,” he said.

China is reacting to this slammed the amendment as “political manipulation of the Taiwan issue”. Foreign Ministry spokesman Zhao Lijian stressed that the island is an “inalienable” part of China and that “trying to change the status quo across the Taiwan Strait will harm the United States itself.”

On Wednesday, Price reiterated that the US does not support Taiwan independence, in line with its official commitment to Beijing’s “One China policy in 1979. Under the policy, Washington recognizes Beijing as the “sole legal government of China,” though it allows unofficial ties with Taiwan, including assistance in self-defense.

“We do not support Taiwan independence and have made this clear repeatedly, both publicly and privately,” Price said called in a press conference.

“Although the United States does not maintain diplomatic ties with Taiwan and does not support Taiwan independence, as you know, we have a robust informal relationship with Taiwan and an abiding interest in maintaining peace and stability across the Taiwan Strait.”

However, Washington remains unclear about the extent of its military aid to Taiwan. This policy supposedly deters Beijing from launching an attack and Taipei from seeking independence at the same time.

Nevertheless, the US reaffirms its “rock solid” commitment in Taiwan’s defense. The fact sheet update also states that it “continues to promote the peaceful settlement of cross-strait differences that accord with the wishes and best interests of the people of Taiwan.”

“We will continue to stand by our partner Taiwan. Our commitment to Taiwan is rock solid, even in the face of possible acts of intimidation,” Price said.

On Tuesday the guided missile cruiser USS PortRoyal conducted a “routine” cross-strait transit “in accordance with international law.” This was the second US mission in two weeks to draw an angry response from Beijing.