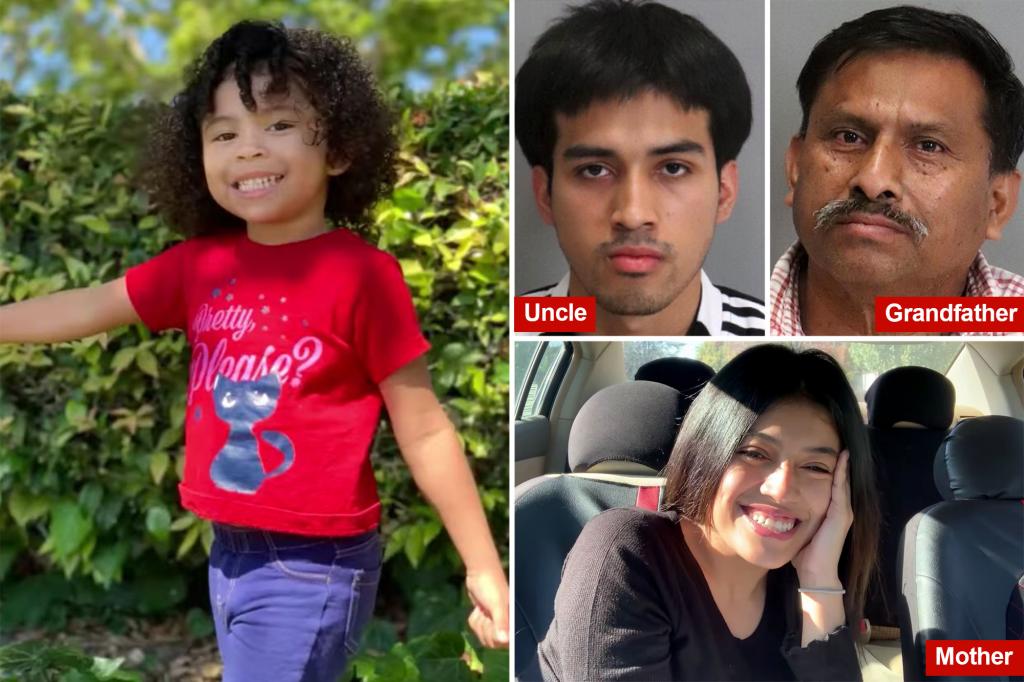 The 3-year-old girl was killed in September during a gruesome 12-hour ritual torture at a California church by her own closest relatives.

The girl’s own mother, Claudia Hernandez, 25, was charged, charged and remanded in custody in January, the Santa Clara County Attorney’s Office said. She suffocated and strangled her daughter until she died of asphyxia, officials claim.

The mother later posted a smiling video, in which she said snidely, “It is what it is.”

“Evidence shows that the three now charged suspects in the child’s death believed they were exorcising an ‘evil demon’ from the child’s body,” the office said in a statement. “The mother thought her daughter was possessed by a demon because the little girl woke up in the middle of the night and cried.”

The three suspects “prayed, strangled and pressed at various points on the child’s 38-pound body to get him to vomit up the evil spirit,” the statement continued.

The girl’s grandfather is a pastor at the “small, makeshift” church on South 2nd Street in San Jose.

“A child has disappeared because of unimaginable behavior by the same people who should have cared for her,” Santa Clara County District Attorney Jeff Rosen said.