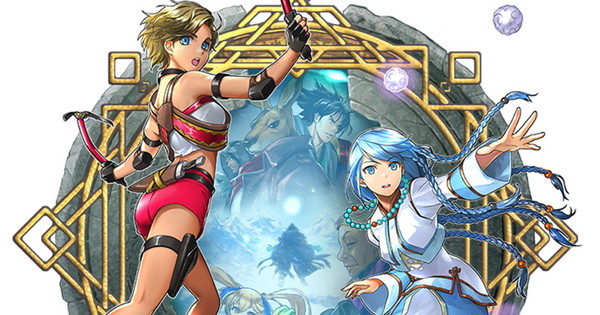 Eiyuden Chronicle: Rise makes some sense. It’s a prequel too Eiyuden Chronicle: Hundred Heroeswhich is itself the spiritual revival of Suikoden Series that included several acclaimed RPGs as well as spin-off card games, visual novels, strategy games, and so on. still Suikoden was never an action game, and now this series creator Yoshitaka Murayama came back to it Eiyuden Chroniclewhat better form could its prequel take than a side-scrolling action title with some RPG trappings?

fans of the Suikoden The series may be expecting a complex, morally gray tale of divided empires and allegiances with over a hundred characters to recruit, and it seems they’re getting that with the lead Eiyuden Chronicle Game. However, you won’t find much of it rising. It tells a story in the run-down frontier village of New Neveah, where both noble and ruthless adventurers gather to explore treacherous mines and ancient ruins. One of these wanderers is CJ, a scrawny, energetic scavenger who is sent on a quest to come of age by her tribe. She wants treasure – specifically magical ancient lenses – but to get anywhere she must team up with a cynical kangaroo swordsman named Garoo and a demanding young mayor named Isha, who is also a skilled spellcaster. Small town politicians usually have day jobs, you know.

And so Eiyuden Chronicle: Rise embodies another element of the classic Suikoden: building a city. For much of the game’s early stages, CJ happily runs errands for the merchants, drifters, and farmers of New Neveah, usually by hunting monsters and items in the woods and quarries surrounding the city. Each new discovery brings a useful new feature to town, a stamp on CJ’s adventure license card, or a reason for her to feud with Garoo.

It’s all a bit boring at first, dominated by fetch quests that rarely go beyond talking to townspeople and finding stuff for them. CJ’s fights against the local wildlife don’t get particularly challenging or complex either: she only has one attack and can’t crouch, but her enemies are largely predictable and are recycled with slight variations from one region to another. At least the setting is pretty, with bright, colorful backdrops and music that encompasses gentle meadow tunes and culminating boss fight themes.

But that’s not all Eiyuden Chronicle: Rise. After initial hesitation for the first few hours, CJ gets busier. She joins forces with Garoo (and later Isha) and unlocks the game’s unique attack system. Each of the three action buttons have a different character deal a punch and tap them in turn, similar to Valkyrie profile, sets up combo attacks and harmful extra hits. Between CJ’s swift pickaxes, Garoo’s heavy blade, and Isha’s ranged magic, there’s a good amount of variety in fights, even when the enemies are the same ones you’ve faced dozens of times before.

It balances out the fairly loose mechanics of the game well. Enemies are sometimes difficult to dodge and hard to see, but the three heroes can be just as cheap with their combined attack, and save points are forgivingly common. Exploring the local area is also quicker thanks to numerous menu shortcuts, which is especially appreciated when CJ and her crew need to revisit areas. And there’s a lot of that backtracking because of the game Metroid-like progression. New elemental powers allow you to destroy specific stones and open up new sections of well-travelled locations, even if they have little actual hidden area.

It also creates a stronger plot. CJ proves to be a sympathetic heroine and a gold-hearted fool beneath her selfish veneer, and she plays amusingly well against Garoo’s hard-edged desperation and Isha’s reserved, no-nonsense manner, not to mention the city’s growing cast of mercenaries, hard-hitting fortunes, and a dangerously misguided magic Girl. rising also leaves a trail of interesting clues about everything from CJ’s family customs and Isha’s missing father to the true nature of magical lenses and ancient secrets buried around New Neveah. It’s easier to tolerate repeated trips to the mines or to the forest (with another fight against the same tree monster) when there’s a new plot or amusing conversation at the end.

It all feels surprisingly expansive for a budget prequel that’s presumably designed to build on the real Eiyuden Chronicle. Despite the backtracking and small scale, there’s plenty to do in the diverse side quests, collectibles, and storylines. It also provides a technically solid foundation for its follow-up. Aside from the glowing backgrounds, the characters follow the early ones Suikoden Tradition of relatively simple sprites, with often good animations, although it’s sometimes difficult to see in the small-screen Switch version (same for some of the text). And while there’s no voice acting, the localization adds a lot of spirit to the characters.

vocation Eiyuden Chronicle: Rise a mere introduction to the second coming of Suikoden is to do him a disservice: it’s an engrossing adventure in itself. The relatively simple combat mechanics rarely frustrate, and a seemingly boring city-building excursion leads to much more satisfying locations. If anything, it will be a disappointment when CJ, Garoo and the rest of rising‘s cast members are not given a strong role in the full version Eiyuden Chronicle, as they certainly deserve more attention. The same applies rising self.