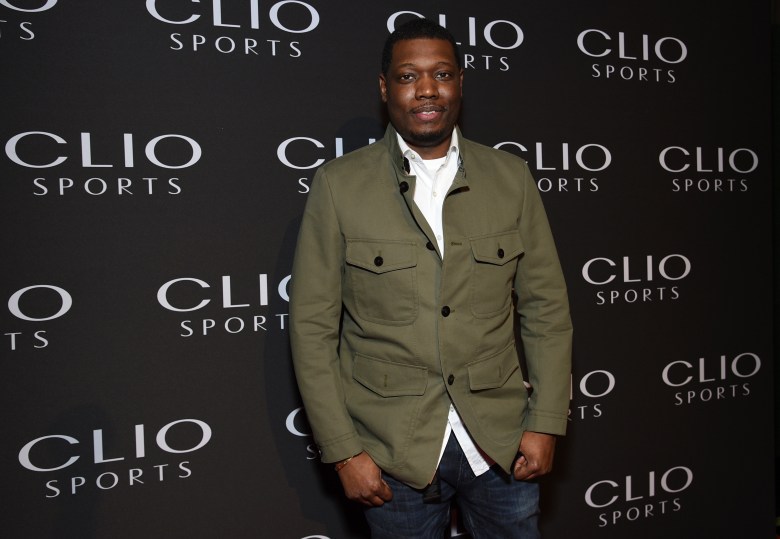 Lorne Michaels seemed to echo Che’s sentiments, saying it would be “a year of change” for the sketch show.

As the 47th season of “Saturday Night Live” wraps up next weekend, the show’s summer vacation is always accompanied by rumors of cast members leaving.

“SNL” has become increasingly flexible in recent years, allowing its top cast members to take breaks to work on other projects to try and keep them on the show. Even so, the grueling schedule inevitably grows old and most cast members eventually move on.

A name that could be plotting its exit? Michael Che, who has co-hosted “Weekend Update” with Colin Jost since 2014. The two men are also the show’s main writers, but that arrangement could change very soon. In a new interview with The New York Times, Che revealed that he doesn’t plan to stay on SNL much longer.

“My head has been going for the last five seasons,” Che said. “I think I’ve been here longer than I’ll be here. This show is made for younger voices and at some point there will be something more exciting to watch halfway through the show than me and dumb Jost.”

If Che leaves after this season, it doesn’t seem like a huge surprise to Lorne Michaels. In the same New York Times story, Michaels said his show could face “a year of change” after this season. However, he made it clear that he would rather keep Che behind the Weekend Update desk.

“If it were up to me, he would be here,” Michaels said. “And I don’t always get my way. But when you have someone who’s real, you want to last as long as possible.”

Che isn’t the only “SNL” cast member rumored to be eyeing the door. Pete Davidson has often teased his potential exit, saying in a 2020 interview he wishes 2019 was his final year on the series.

“I have a weird feeling in this building where I don’t know whose team they play for,” Davidson said. “Whether I’m the joke or if I join in the joke. i really wanted to [2019] my last year but i’m still here trying to beat it away.

Season 47 of “Saturday Night Live” is set to wrap up May 21, with Natasha Lyonne hosting the season finale and Japanese Breakfast serving as the final musical guest.

Registration: Stay up to date on the latest movie and TV news! Sign up for our email newsletter here.