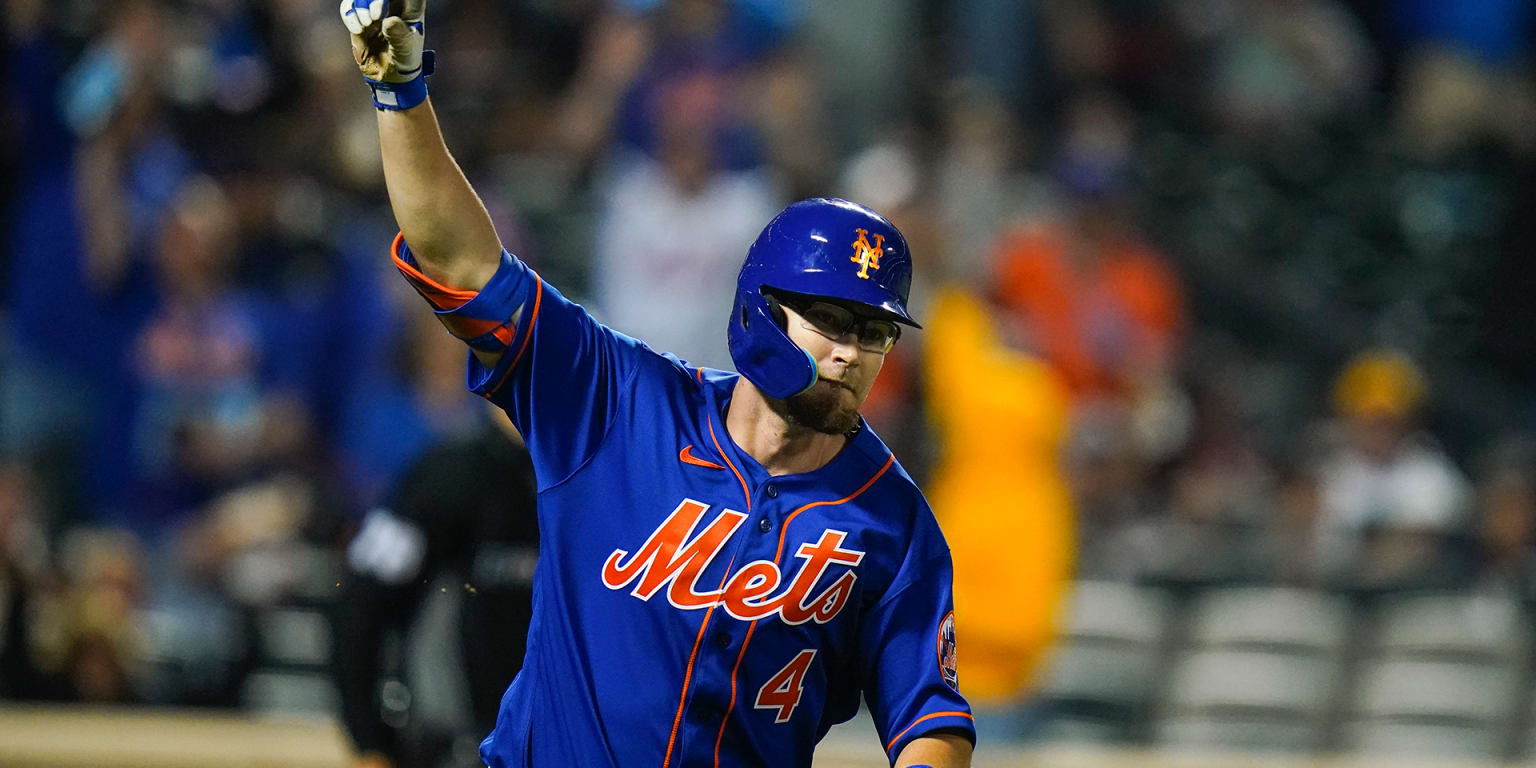 NEW YORK — Citi Field had its supervillain. It took a superhero.

For a half-inning on Saturday night, Jesse Winker had his fun, waving to the Citi Field crowd after his game-defining, triple homer at the top of seventh. Years earlier, Winker had stirred up the Queens fan base. He was the last the home crowd wanted to see succeed.

Only this time, the Mets had an answer for him. Patrick Mazeika, who gained a cult following last year for his multiple walk-off RBIs, smashed a go-ahead solo homer late in the seventh to lead the Mets to a 5-4 win over the Mariners. Two innings later, Edwin Díaz hit Winker with a 101 mph fastball to finish him.

For hours, it didn’t look like it was going to end well for the Mets. It was only after a rain delay of one hour and eight minutes that Citi Field’s seat pan began to fill up as fans wiped their plastic seats with paper towels. Many of those who stuck around were nervous as starting pitcher Chris Bassitt loaded bases in the first inning, allowed two more baserunners in the third and two more in the fifth. In the sixth, Bassitt allowed his first run. He was out of the game midway through that inning.

Meanwhile, an announced viewership of 37,140 remained loud, in large part because of Winker – a player who initially drew the ire of the precinct in 2019 when he made a game-ending catch for the Reds fans before a particularly lively section. As he jogged off the field that day, Winker playfully waved to the Citi Field crowd, who retaliated later in the series when he was thrown out for feuding balls and shots.

That made Winker persona non grata in Flushing, in the legacy of Chipper Jones and Chase Utley. As Bassitt put it, “New York City fans are a little different.” So when Winker hit his game-changing homer in game seven and glared at him before waving again to the crowd, the home fans — many of whom had yelled at Winker earlier in the game — were riveted – excited. So did helper Chasen Shreve, who yelled at Winker for his slow trot around bases and said afterwards that “it’s a little over the top”.

Winker was more confused by the situation.

“I’ll be honest with you, I love them,” Winker said of the Mets’ fan base. “They are an amazing group of people. They are very passionate about their team and their city. And from a man who was born in upstate New York and is a huge fan of that football team up there, I can understand the passion and I respect it. This thing we have going is special.”

Mets fans could say the same about their relationship with Mazeika, a longtime organization catcher who hit two grounders of walkoff fielder’s choice over a five-day period last season. Mazeika returned to the Mets on Friday with James McCann on the injury list, and he was on the starting lineup the following night. During the early innings of the game, Mazeika and Bassitt seemed to struggle with their communication as they had never worked together in a game. But none of that mattered as Mazeika stepped onto the plate to lead the seventh and Andrés Muñoz’s first rope fastballed over the fence for a homer at 97 mph.

“If the past few years have taught us anything, it’s that you have to be prepared for anything,” Mazeika said. “Just hug it. I will always be ready to play anytime. That mindset has allowed me to just come in and try to make the transition a little bit more seamless.”

With Mazeika’s green home run in the books, the Mets had only one challenge left, and of course, it came in the form of Winker. After Díaz hit the first two batters of the ninth inning, Winker put up a bigger fight, fouling multiple sliders at over 90 mph while the crowd hung on each of them.

“I wanted to get him out,” Díaz said. “It was a great success for us. He caught us in the seventh. I didn’t want to be the type to give up the game-winning homer, so I made sure my pitches were uncomfortable for him.”

Finally, on the eighth pitch of the at-bat, Díaz fired a 101 mph fastball past Winker for the game’s finale. The villain was defeated. The hero had prevailed. The latest chapter in comic combat was complete.

“That’s why you get up in the morning,” said manager Buck Showalter. “You never know what the game has in store for you.”