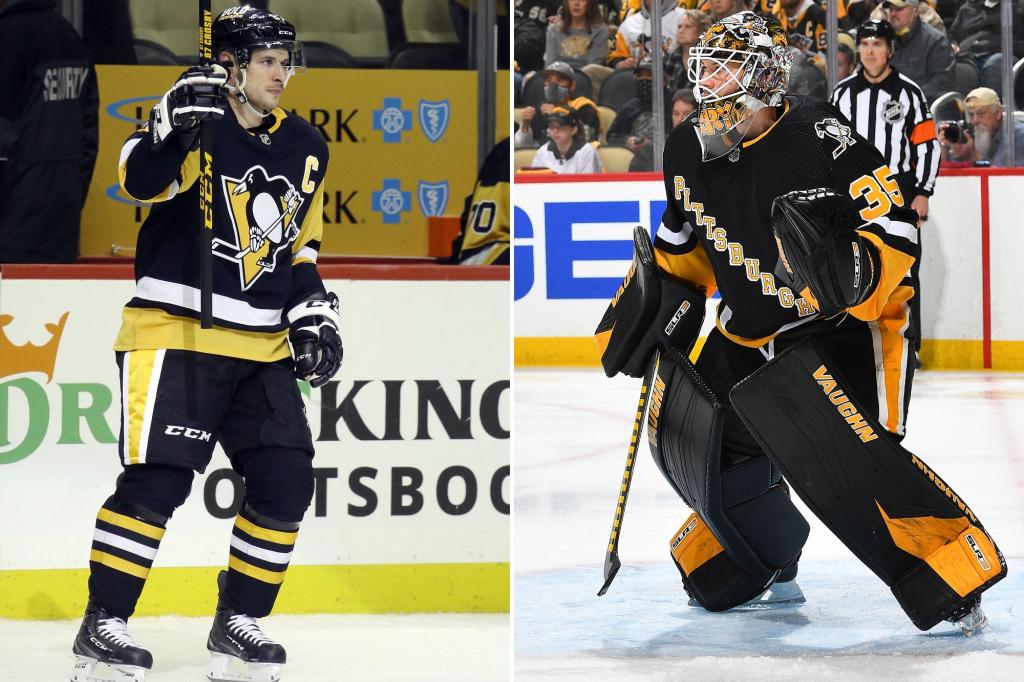 The Penguins could get their No. 1 center and front row goalie back for Game 7 against Rangers.

Injured captain Sidney Crosby and goaltender Tristan Jarry both attended practice on Saturday, and Pittsburgh coach Mike Sullivan didn’t rule out one or both playing in the deciding game of the series at the Garden on Sunday night.

“We take each day as it comes,” Sullivan told reporters. “I’m not going to speculate at this point. You are obviously on the ice. At this point, that’s encouraging. You are making progress.”

Crosby sat out Game 6, which the Rangers won 5-3 in Pittsburgh on Friday night, with a reported concussion following a hit by defenseman Jacob Trouba in Game 5. The two-time Hart Trophy winner skated alone before Game 6 and then closed again his to teammates on the ice Saturday.

Jarry has not played since April 14 due to a reported broken foot. Third-seeded Louis Domingue started the last five games after replacing injured backup Casey DeSmith in the second of three overtimes in the series opener.

Post Sports+ members, sign up Let Mollie Walker text you the latest on Rangers and respond with your thoughts and questions. Not a Sports+ member yet? Try it now.

Forward Tyler Motte had two goals and a plus-1 in 9:32 ice time (2:11 after penalties) in his first appearance since April 7 after suffering an upper-body injury.